AirSelfie is the world’s smallest portable flying camera. Who said selfies were confined to sticks? With this groundbreaking device, you’ll be able to snap aerial photos directly from your phone. Sky’s the limit.

AirSelfie is a registered trademark and all its components are protected by filed and granted patents.

Take AirSelfie out of its cover and launch it from your phone using the AirSelfie app available for iOS and Android.

Fly AirSelfie and control it directly through 3 different flight functions:

Land AirSelfie onto your open hand and place it back in its case where it will be recharged. 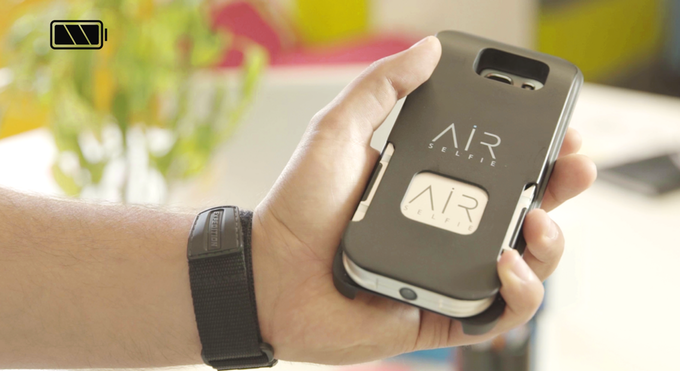 The pics will be immediately downloaded to your mobile device via wifi, ready to be shared through your favorite social media platform.

Say goodbye to your selfie stick or stretching your arm out till it hurts.

You can place AirSelfie in its designated phone cover (which acts as a charger too) and unchain it whenever you want to take an aerial picture or video.

Fly AirSelfie – micro-device HD camera – comfortably from your phone, by using the AirSelfie App and take the most amazing selfies. AirSelfie is compatible with all iOS and Android Operative Systems.

You’ll be able to build unforgettable memories through a new perspective.

Selfies from the sky made simple by Yuneec Breeze

Added to wishlistRemoved from wishlist 3

DJI drones to gain privacy mode after US Army ban

We will be happy to hear your thoughts

Recompare is modern all in one price comparison and review theme with best solutions for affiliate marketing. This demo site is only for demonstration purposes. All images are copyrighted to their respective owners. All content cited is derived from their respective sources.

For customers
For vendors
Sign Up for Weekly Newsletter