DJI drones to gain privacy mode after US Army ban

sardar
416 Views 0
SaveSavedRemoved 3
The world’s best-selling drone-maker is adding a privacy mode to its aircraft to prevent flight data being shared to the internet.

The announcement comes a fortnight after it emerged that the US Army had prohibited its troops from using the Chinese firm’s equipment because of unspecified cyber-security concerns.
DJI told the BBC that it had already been working on the new facility, but had speeded up development after the ban.

The mode should be launched next month.

“It will provide an enhanced level of data assurance for security flights, such as those involving critical infrastructure, commercial trade secrets, governmental functions or other similar options,” the Shenzhen-headquartered company added in a blog.

DJI previously faced security fears in 2016 after a member of its staff told reporters that the firm had repeatedly shared customer data with the Chinese authorities.

The company issued a clarification shortly afterwards, saying a junior member of its team had “misspoke” and that it only handed over information if there was a valid legal request from Beijing or any other government. 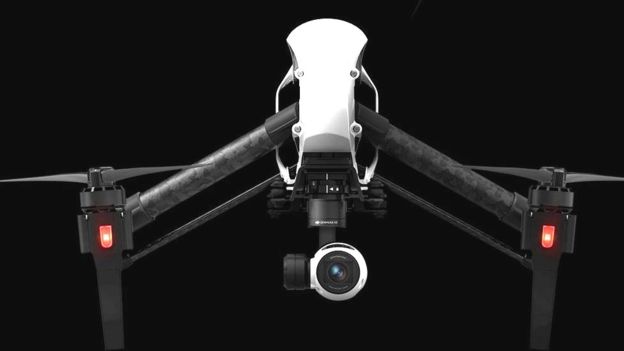 DJI says it is unable to collect flight logs or captured images anyway, unless users opt to share the information via its Go apps, which are used to track and control its aircraft.

But the latest move is designed to provide further reassurance.

If the privacy mode is enabled, however, users will lose access to several features including the ability to:

As a consequence, DJI said it might not be able offer the new mode in countries where pilots are required by law to have the latest information.

The US armed forces decided in July that using DJI’s drones posed “operational risks”, leading the US Army to detail its ban on 2 August.

The memo said that its use of the aircraft should cease, all DJI apps should be uninstalled from its computers and that all batteries and storage media should be removed from the drones while they were kept in storage.
However, the SUAS news site – which was the first to reveal the development – has since reported on a follow-up memo dated 11 August.

It indicates the army will grant exceptions to the ban once a DJI plug-in to its own drone software has been properly vetted.

Added to wishlistRemoved from wishlist 11

We will be happy to hear your thoughts

Recompare is modern all in one price comparison and review theme with best solutions for affiliate marketing. This demo site is only for demonstration purposes. All images are copyrighted to their respective owners. All content cited is derived from their respective sources.

For customers
For vendors
Sign Up for Weekly Newsletter